WELL, I wasn’t successful in my nomination as a Director on the first-elected Board of the National Congress of Australia’s First Peoples. I let many friends know this result on the day of the announcement of the ballot results, but have been a little slower getting back on the blog.
I am more than happy to be an active Member and Delegate of Congress, although I was initially a little disappointed about my unsuccessful nomination. I am Member #1552 and at this time membership is both free and for life to Aboriginal and/or Torres Strait Islander people over the age of 18. I’d encourage Mob to join up and get involved.
I also fully support the newly elected Board and wish them all the very best.
KIRSTIE Parker, editor of the Koori Mail, worked her fingers to the bone to bring her readership the range of people and perspectives from the inaugural meeting of Congress. See Koori Mail edition 503 for the little and big stories out of Congress 7-9 June, 2011.
UNITY was one of the keywords resonating throughout Congress. And in my fortnightly column with the National IndigenousTimes (out Thursday 23 June) I reflect on that word as it resonated at the Congress.
I enjoyed the entire Program and my time at Congress and never once forgot how critical it, as a representative organisation, can be for the future of our peoples here in Australia.
The highlights for me were:
It’s an important time in the management of our affairs, and I am engaged in this time as a woman and mother doing my part in raising members of our next generation, and in the work I do as an editor, writer and scholar. I also believe that all that I do is complemented by my being a National Congress Member and Delegate of Congress.
I’d encourage everyone to keep abreast of the National Congress news and public statements on  the important events that are affecting us and our communities.  See images event and video of this historic event.

We can never be assured of what’s going to happen in the future but I take heart from the words of Mohondas Gandhi (1869-1948) who said, “Be the change you want to see.”

If we are the change we want to see, at least we can have the satisfaction and clear conscience of knowing that within ourselves and within our own circle of influence we are being true. It may also be the case that others see the examples we are setting and find wisdom in those approaches.

Email ThisBlogThis!Share to TwitterShare to FacebookShare to Pinterest
Labels: nationalcongress 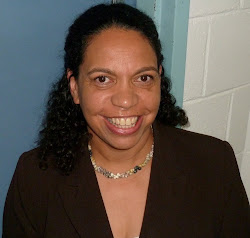 A short brief - about me.

My name is Sandra. I was raised in Gayndah, Queensland by my mother and amongst my mother's people. I am Wakka Wakka, also with Goreng Goreng descent. I have three sons and am currently completing a PhD with the Queensland University of Technology (QUT).